The Rules of Beach Volleyball: agile teams and engagement

A whole weekend with friends: picnic lunches and BBQ evenings. On Saturday afternoon we head to the beach for some Volleyball. A little bit of running around, to find some sticks to mark the ‘net’ and to scrape a rectangular court into the soft sand and we were ready to go. Was it the regulated size? I doubt it, we just guessed as we dragged a foot through the sand, walking backwards, marking out a patch. Indeed, one side had a significant bulge, the cause of a few miscalled ‘outs!’. 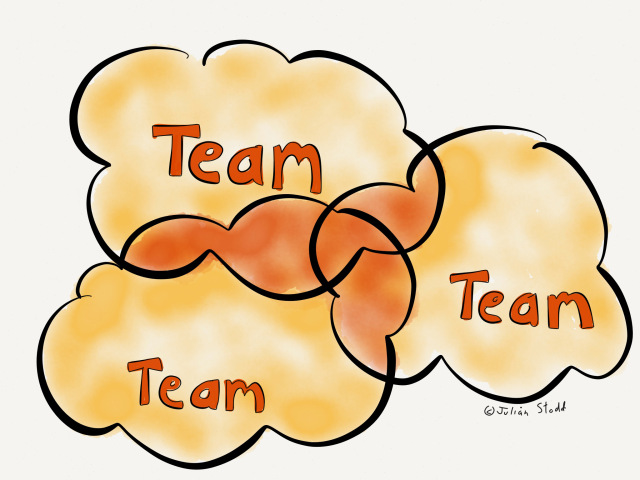 When play commenced, teams were fluid: sometimes three a side, sometimes four, on one occasion, five, if you included the toddler crawling around in my half. Rules were equally fluid: play to twelve points, play to fifteen, no kicking the ball, kicks allowed, and so on.

And nobody was particularly good…